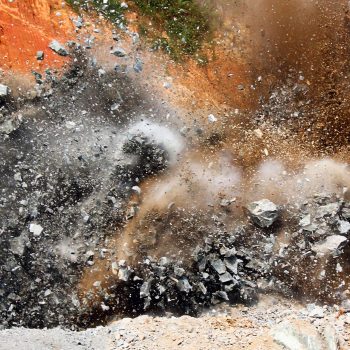 In terms of both retrofitting and new builds, blast mitigation has become an increasingly significant issue in the UK. Since the mid 2000’s, the UK government has advised that a new approach is needed regarding potential threats from improvised explosives. A major aspect of this is a revised approach to construction, one which takes into account the possible dangers faced by many buildings in British cities.

Asset owners are aware that they need to take this into account, both in terms of new builds and retrofitting. Cinemas, concert venues, sports grounds, airports and shopping centres are all examples of potential targets. And following a 2007 security review, government advice has been to work to minimise the possible threats to these places.

Much of this advice can be put in place without expensive outlay, or complicated new procedures. Blast resistant glass and hostile vehicle mitigation (e.g. concrete bollards around a building) take relatively little planning, and a small amount of investment. But when it comes to ensuring the interior of a structure can withstand the worst impacts of an improvised explosive, the options may seem limited and expensive.

After all, until recently you could be forgiven for thinking this threat was only relevant to embassies and government buildings, which generally had the finances and official contracts needed to put protective measures in place. And while new projects can take such concerns into account during the design stage, it may seem like there are few choices for pre-existing assets. However, one blast mitigation solution that has already found favour with the US Department of Defence offers an effective and convenient answer. And now it is being implemented in structures throughout the UK.

Since 2004, Specialty Products Inc (SPI) have provided the DoD with Dragonshield BC™. Dragonshield BC™ is a sprayable polyurea blast mitigation coating that has become the standard choice for improving armour on humvees in Iraq and Afghanistan. The DoD needed a way of blast-proofing humvee doors, without increasing the weight of the vehicles. They also needed a blast mitigation solution that could be quickly and easily applied as a retrofit, without removing the humvees from service for a long period of time. Dragonshield BC™ was the ideal product.

The polyurea coating can be quickly spray-applied in-country. Once set, it offers a level of blast protection that matches and sometimes exceeds that offered by Rolled Homogenous Armour (RHA), considered the minimum level of protection for IEDs and other explosives. Dragonshield BC™ also offers weight savings of 1.7 pounds per foot in comparison with RHA.

The same features that made Dragonshield BC™ a valuable product for the DoD make it the ideal blast mitigation solution for both new and pre-existing structures. Unlike many other blast mitigation systems, Dragonshield BC™ can be easily retrofitted to a building. Spray application means that it can be quickly applied to just about any surface. It is also discreet, something worth considering in the current climate. No one wants to feel like the next attack is just around the corner, and barely noticeable solutions like Dragonshield BC™ can massively increase safety without affecting design or appearance.

The threat posed by improvised explosives shows no sign of disappearing any time soon. However, an effective blast mitigation solution can go a long way to reducing potential risks and saving lives. A product like Dragonshield BC™ couldn’t be more suited to the purpose. With a proven track record in Iraq and Afghanistan, it has been protecting soldiers and civilians for over a decade. And compared to similar options, its convenience and adaptability make it ideal for a wide range of applications.

With blast mitigation becoming the rule rather than the exception in terms of many building designs, it may be only a matter of time before it becomes compulsory for a lot of asset owners. And given the possible dangers to you, your staff, your customers and your property, Dragonshield BC™ is the perfect cost-effective solution.