Released in 2017, Blade Runner 2049 is the critically acclaimed sequel to the 1982 classic film. The producers made extensive use of computer graphics to create a stark vision of the future, but whenever possible they wanted to use physical props, rather than green screen equivalents. They needed to encapsulate a plywood prop vehicle to prepare it for a scene in which it crashes into water, filmed in Budapest at the second biggest studio water tank in Europe. 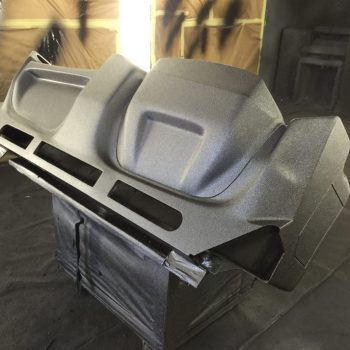 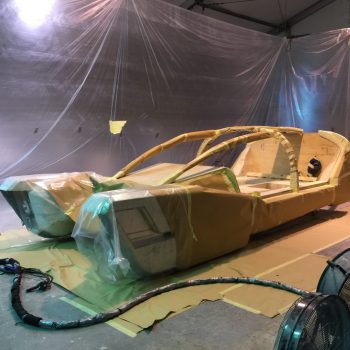 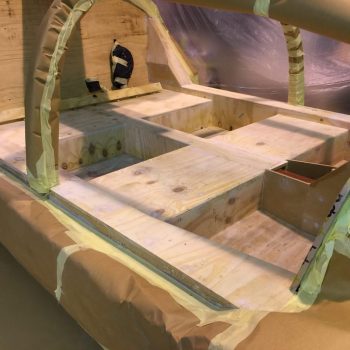 SPI’s Polyshield HT polyurea coating was chosen as the ideal product for the encapsulation.

A Polyshield HT protective coating was chosen for a number of reasons. The prop vehicle was required to put up with some amount of strain during filming. It needed to undergo first a crash into the water tank, then simulated waves generated by 5-ton drop tanks. Polyshield HT could be spray-applied to the plywood structure to create a single continuous waterproof polyurea coating, protecting the plywood underneath. It also significantly added to the structural integrity of the prop, setting to form a solid considerably stronger than the plywood underneath. 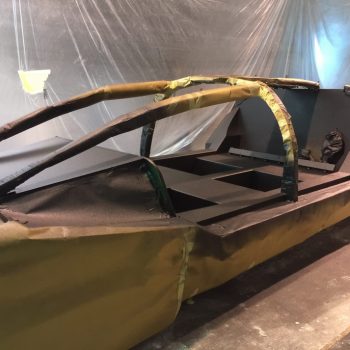 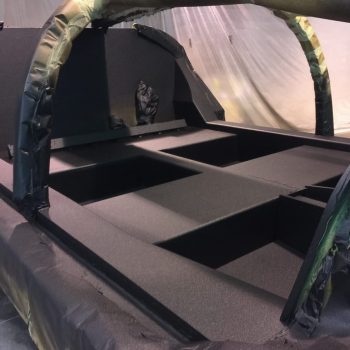 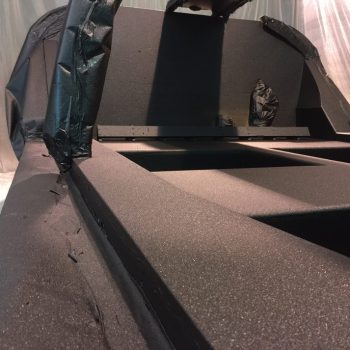 The prop vehicle could then be painted, and have all necessary finishing touches applied to it. Polyshield HT was also used to create exterior panels for the vehicles used in Blade Runner 2049: once spray-applied onto a mould, the polyurea coating set into a solid but lightweight layer, ideal for creating the custom body panels necessary for the project.

The final results speak for themselves, as evidenced by the final scenes of Blade Runner 2049. The polyurea coating was the ideal encapsulation for the plywood, creating a prop vehicle up to the requirements of the studio. Likewise, the exterior body panels were the perfect choice for making the prop designer’s ambitions a reality.