Tree props for an art installation

The creator of an art installation was in the process of putting together the props needed for his work. While the moulds were already prepared, he needed a way of creating a solid cast that would remain faithful to the original design. It also needed to be lightweight and cost-effective. After considering the options, he chose SPI’s Polyshield HT 100F™ polyurea coating as the ideal tool for the job. 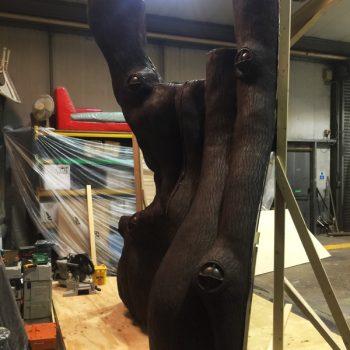 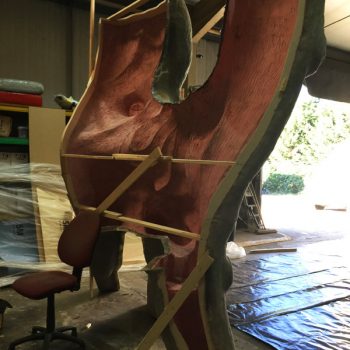 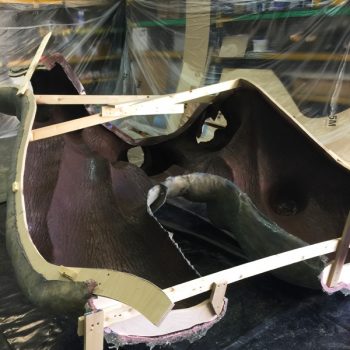 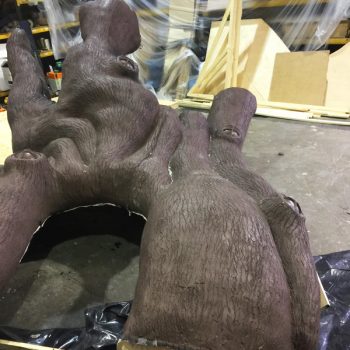 The main prop for the installation was a large stylised tree trunk. The artist had already created a mould of the tree trunk using polystyrene. Trained applicators were able to directly spray-apply a polyurea coating onto the mould. Polyshield HT 100F™ was chosen as the ideal product for the task for a number of reasons.

A spray-application was the best way to form a uniform, continuous coating over the entire mould which would remain faithful to the original design. It was also chosen for its strength; even a thin layer of Polyshield HT 100F™, once set, would be strong enough to create a rigid mould that could stand independently. Once the spray-application was completed, plywood struts were applied to the mould to guarantee that it would retain its original shape. The piece was then painted, and set up in the installation. 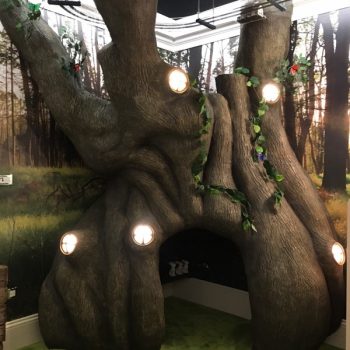 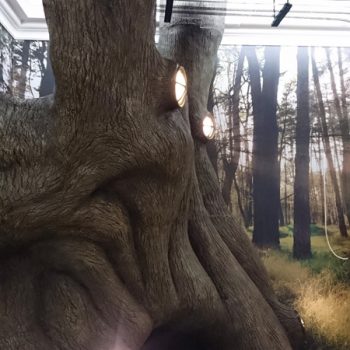 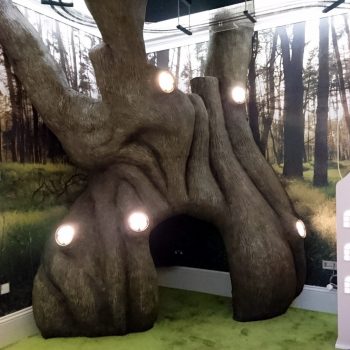 The successful polyurea coating created a rigid but hollow structure faithful to the artist’s original design. Rather than investing time and money sculpting a solid prop, they were able to quickly put together a piece that looked authentic, while remaining conveniently lightweight, and at a low cost. The entire project was carried out in minimum time, allowing the installation to be completed well before the opening.