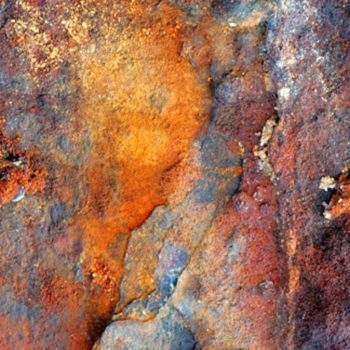 Wrapping thermal insulation around pipes and other temperature sensitive assets is common practice in many industries and yes, maintaining the right temperature across vital processing or storage vessels and equipment can save money on energy bills.

But what about the hidden threat beneath that all-important insulation? Corrosion Under Insulation (CUI) is one of the biggest problems facing industries such as the petrochemical, oil and gas, commercial heating and industrial sectors and left untreated or worse, ignored, the cost of correcting CUI damage can easily outweigh the savings you’ve made on your utility bills.

What exactly is CUI and why is it such a problem?

Well the clue is in the name; CUI is the name given to corrosion which occurs under insulation. Why is it such an issue? Because it remains largely hidden, even in the presence of observation ports, which on a typical application will only represent around 1% of the total surface area.

In most environments, insulation is removed from carbon steel (or other types of stainless steel) assets around every 15 to 20 years, often revealing considerable corrosive damage beneath. If the surface was coated before the insulation was applied, then of course the damage will be less, but the presence of insulation can magnify the corrosive environment causing many coatings to fail prematurely – especially in particularly moist environments.

Where does this moisture come from?

It doesn’t matter what sort of insulation you use, whether it is calcium silicate, man-made mineral fibres, organic foams or expanded perlite, there will always be seams, gaps or other discontinuities – it’s simply the nature of the product.

Because insulation is neither seamless nor vapor-tight, it will allow moisture (liquid or vapor) to infiltrate beneath the cover, collecting either inside the annular space between the insulation and the coated surface, or within the insulation itself.

This moisture can come from a variety of sources including:

I know what you’re thinking – surely the water will just dry out over time, right? I’m afraid not. Insulation absorbs any water which enters through joins, breaks or degradation in the insulation system. Once inside, the water is trapped and the insulation remains moist.

Water is often mistaken as a harmless substance. The truth is, it’s highly corrosive to many materials. What’s even more worrying is this trapped moisture can become acidic through the introduction of sulfates and chlorides which are native to the insulation, or additives used in wash-down processes. Of course, this will speed up the corrosion causing more damage in less time.

CUI has become more of a threat since the 1970s when energy prices began to climb, making insulation a more cost-effective solution even at lower temperatures.

In 2010, the global corrosion authority, NACE, delivered its revised standard ‘The Control of Corrosion Under Thermal Insulation and Fireproofing Materials – A Systems Approach’ (SP0198-2010), which highlights a number of key points in the ongoing prevention of CUI. In a nutshell, the revision spelt out two opportunities for improvement, which were:

It also identified that generally speaking, immersion grade performance coatings were most suitable when trying to combat CUI, combined with (where possible) market-leading design materials and system configurations to reduce the penetration of moisture beneath the insulating layer.

There are many immersion standard, corrosion-resistant coatings on the market, pitched at a variety of price points and offering an array of performance standards. For us, it has to be EonCoat – which is the only performance coating to chemically alter the surface of carbon steel to make it completely non-reactive.

Why do we think it’s the best for stopping CUI? Here’s a couple of reasons:

If you spy CUI, call 0800 0921 232 today to discuss your requirements with our knowledgeable team, or download the EonCoat full technical specification here.

This article covers the topics of: corrosion • CUI • insulation