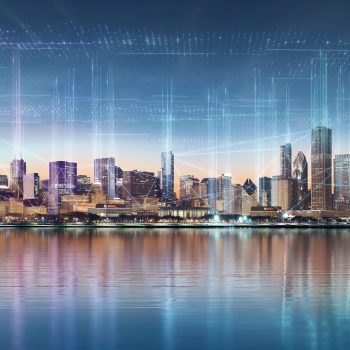 SPI provides protective coatings to just about any industry you can name. From humble beginnings in Alaska in 1974, it has expanded to become an internationally acclaimed business with a unique range of products. Dan Helton has been there from the beginning. He founded the company with a specific ethos, and a desire to see just how far he could expand his expertise.

Dan knew exactly what he wanted to provide, what other companies couldn’t offer: a ‘One stop shop’ for clients, providing a service that could offer everything needed for a project. This remains one of SPI’s key selling points: they provide the expertise, equipment, and training for each of their products, allowing them to adapt to suit any project. Flexibility has always been key to the company, allowing it to continually expand and adapt to new industries.

To Dan’s mind, the other key factor that has allowed the company to grow and grow has been investment: ‘From the start, I wanted to ensure that we invested as much money as we could in research and innovation. We’ve always put in as much as possible into future technology, and it has allowed us to always stay on the cutting edge.’

One of the company’s most successful technologies has been PTU™: a high-performance elastomer protective coating that has found endless uses in a number of industries. But Dan recalls the product’s first customer, a world leading aircraft manufacturer, and the circumstances under which it was commissioned:

The leading aircraft manufacturer had looked into PTU™ for use at their new facility for their acid wing dipping tanks. “It was a new product at the time, and we hadn’t yet supplied it to any of our clients, but they were set on using it. So we said, alright, but we have to draw up some agreements beforehand, because if this doesn’t work out, we don’t want to be liable for millions of dollars”.

As it happens, 10 years later the contract turned out perfectly. PTU™ was the right product for the facility, and the leading aircraft manufacturer had enough faith in SPI that they were prepared to invest in a technology, though new to the industry, was clearly an innovation in the field. The product has gone on to find application in a wide variety of industries. When asked whether he foresees new uses for PTU™, Dan says ‘We are always chasing new targets, always looking for somewhere new that our products can be applied’. This is what makes SPI different: their technology driven aspect. A desire to always be on the cutting edge makes for adaptable products that are endlessly finding new applications.

And there’s seemingly no end of opportunities available. When asked whether he has his sights set on any new industries, Dan responds: “Let me answer your question with a question: can you think of any industries we haven’t yet expanded to?” And he has a point. SPI has expanded into a huge range of industries, both by creating new products and finding new applications for tried and tested innovations. Up to a 14 year relationship with all branches of the US military has seen their Dragonshield™ protective coating used to keep soldiers protected in Iraq. Now Dragonshield™ is finding use in civilian industries, in a form he describes as ‘Slightly diluted but more cost effective’.

SPI could never be the one stop shop that it is without close collaboration with clients. Dan recalls that:

‘Over the course of our 14 years working with the military, we’ve had their scientists into our labs, working together with our guys to develop new products. And over the past few years, we’ve had scientists from some multi-billion dollar companies and up to three scientists at a time working on new technologies. Just recently we were trying to figure out the best way of testing a new polyurea cushioning, and wound up having 55 gallon drums (208 liters) full of water, weighing 500 pounds (227 kg) coated with the formula and thrown out the back of a moving truck going 75 mph (120 kph). It was a crazy sight, but in terms of testing, it made complete sense and was a success with the drums having no leaks.’

As for the immediate future, SPI has a few large projects underway at the moment. Dan mentions cleanup at the Hanford nuclear power station, as well as encapsulating drums of hazardous waste for disposal. The company is also successfully selling an encapsulant for the lithium ion batteries used in electric cars and motorcycles. As for extending current products, SPI is currently finding ways of reducing the cost and increasing the physical properties of their X Series expanded polyureas, opening them up to new markets. It’s clear, that though they may have a hand in just about any industry you could name, there’s no end of new innovations waiting just around the corner.

This article covers the topics of: interview